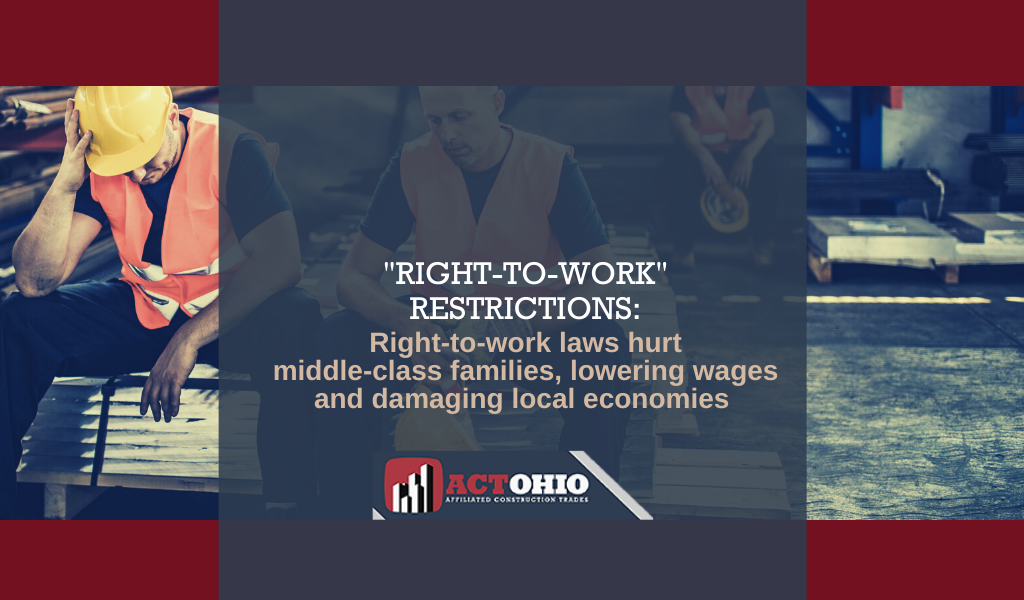 The name of the law is confusing: Right-to-Work sounds like a good thing, right?

Like all disinformation and propaganda, the bad results of restrictive “Right-to-Work” laws are so harmful to the average Midwestern American family that special interests have to use Orwellian double-speak to push their poison. Instead of “freedom”, what workers get is lower wages and less control over their work lives.

If Right-To-Work lobbyists were honest about what their laws actually mean for middle-class working families, no politician worth their salt would enact Right-to-Work laws: They’d just as soon drop a bomb on their local economies, which depend on middle-class families – the paychecks they bring home and the taxes they pay –  to support local schools, community infrastructure, and local businesses.

Sounds extreme? The economic research on Right-to-Work regulation speaks for itself.

Since Right-to-Work laws were enacted in Indiana, Michigan, and Wisconsin in the past ten years, the standard of living for middle-class families in these Right-to-Work states dropped in comparison to those of working families in Ohio, Illinois, and Minnesota. According to an economic study conducted by the Illinois Economic Policy Institute, Right-to-Work regulations lowered real hourly wages by a total of 2.6 percent on average in these Midwestern states.

“RTW laws have varying impacts on worker wages depending on occupation. On average, RTW legislation has statistically reduced the hourly wages of:

Similarly, the adverse impact of RTW on hourly wages has been largest for workers with levels of educational attainment that typically provide pathways into the middle class in the Midwest:

Is Ohio a right-to-work state? Thankfully, for working families, restrictive right-to-work laws have not yet been imposed on Ohio workers – but the 1-percenters are still trying. And yet despite workers’ freedom to collectively bargain for better wages, healthcare and retirement benefits, Ohio continues to attract and retain business investment and jobs, even as our communities recover from the COVID recession. What makes Ohio so attractive to potential developers and investors? Ohio is economically strong, in part, because of the available manpower of its highly skilled Building Trades workforce, their family-sustaining wages, and the resulting middle-class communities and high standards of living that Right-to-Work destroys.

Right-to-Work benefits the wealthiest 1% while eroding the stability of middle-class Midwestern families. Anyone who says otherwise probably has a bridge to sell you. 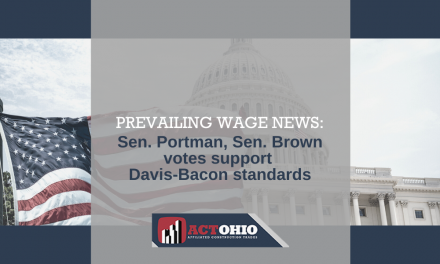 Letter to Editor corrects false claims made by ABC