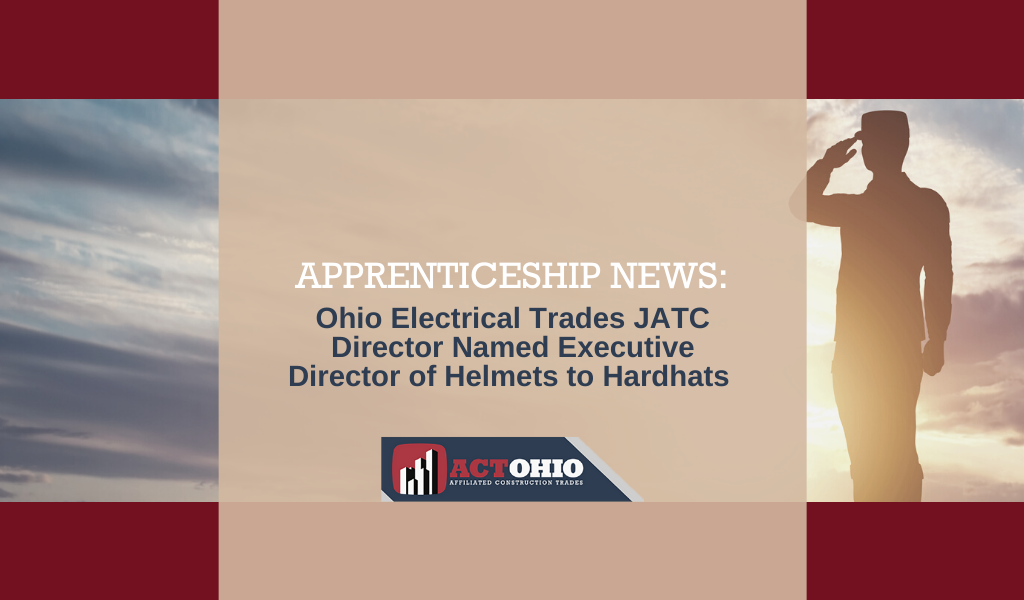 Martin Helms, a Reserve officer and former training director for the Akron Area Electrical JATC, is the new Executive Director of Helmets to Hardhats.

“We are excited to name Martin as H2H’s new Executive Director,” said Sean McGarvey, President of NABTU in announcing Helms’ selection to lead Helmets to Hardhats. “His experience and unique perspective as a Helmets to Hardhats success story will continue strengthening the organization’s vision and growth. We look forward to working with him on efforts to bring H2H to the next level and positively change the lives of even more veterans and transitioning service members.”

Helms knows firsthand how impactful H2H can be for veterans launching their civilian construction careers. Helms already had experience in the construction industry before his time in the military, working part-time with an electrical contractor throughout high school. In 1999, he joined the Ohio Army National Guard with plans to continue his construction career by becoming an Interior Electrician.

“My parents were unable to send me to college, and I knew I had to do something after high school,” said Helms.

Upon returning from his first deployment in 2005, Helms attended a briefing where he learned about Apprenticeship from Helmets to Hardhats. “At the time I was still working what we call ‘non-union’ in the electrical field, so I had years of experience on the job but I never really had a good formal education other than my college courses at Stark State,” he said.

Helms completed his apprenticeship at the Akron Area Electrical JATC (AAEJATC), where he served as Training Director for the joint labor-management Apprenticeship program for 5 years.

“I just wonder how long I would have [worked non-union] if that one thing hadn’t happened, that one debrief. It was literally a 10-minute briefing that changed my whole career direction and life,” said Helms.

While a lot of veterans pursue a college education after their service ends, Helms recognizes that not everybody needs to get a degree to have a quality job: “There’s a lot of people that get in this career and they have great middle-class income, retirement, health benefits and all that stuff. And you can collect your G.I. Bill. Many people don’t do that, they think they have to go the college route […] and you can absolutely do it in a registered apprenticeship program.”

As AAEJATC Training Director, Helms has seen many veterans like himself complete their apprenticeships and pursue careers in the construction industry. Currently, about 10% of his apprenticeship program enrollees are veterans, and programs like H2H could help increase the number of military service members entering the Building Trades in the future.

“Military people are great candidates because at this point in their life they’ve lived a little bit,” said Helms. “They have some physical attributes that are good for the construction industry, they have some mental attributes that they’ve developed…It takes a little discipline to get through everything. [Helmets to Hardhats is] a great program to get people steered the right way.”

Building Trades Apprenticeships: Getting Paid to Learn Your Trade 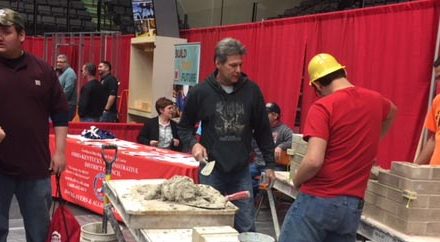