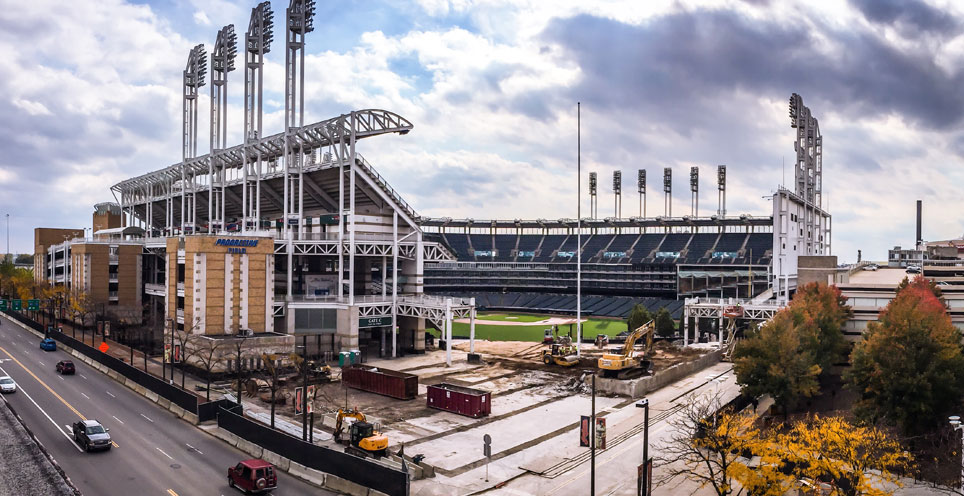 While the union construction trades in Cleveland have had a positive relationship with the Cleveland Indians and the county-owned stadium, this is the first time a formal PLA was signed for a renovation project. The original construction of the ballpark 20 years ago, then known as Jacobs Field, was covered by a PLA.

While numerous factors contributed to the successful negotiation of the Project Labor Agreement – including a track record of quality work by highly skilled tradesmen and women – the labor trades’ vocal support for the renewal of the Cuyahoga County sin tax last year was a critical final piece, according to David J. Wondolowski, executive-secretary of the CBCTC.

But the current renovation work is not funded by the renewed tax on alcohol and cigarettes. That money will go towards infrastructure improvements, such as heating, concrete and sewage pumps – work also expected to be handled by the construction trades.

The current, privately-funded renovations involve removing about 7,000 infrequently used seats and some empty suites to create new “gathering areas.” The work is expected to be completed in time for the Indians’ home opener on April 10.

The inclusion of a PLA ensures that all faces of the project will be handled only by highly-skilled and properly trained construction workers covered by collective bargaining agreementsin exchange for labor stability on the project.