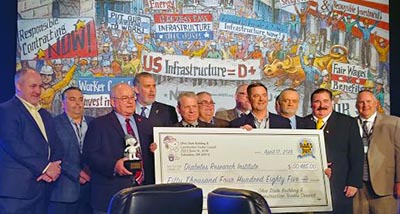 Members of the OSBCTC Executive Board accept their award at the North American Building Trades Legislative Conference.

On April 18, 2018, members of the Ohio State Building and Construction Trades Council (OSBCTC) were recognizes at the national North American Building Trades Unions Legislative Conference for their efforts in funding Diabetes research.

OSBCTC is a long-time host of the “Dollars Against Diabetes” (DADs) Day Charity Golf Outing. Last year, the event, held at the NorthStar Golf Club in Sunbury, Ohio, raised more than $50,000.  One hundred percent (100%) of the proceeds from the annual event are donated directly to the Diabetes Research Institute (DRI) to help them achieve their one goal: to cure diabetes.

Dollars Against Diabetes is an annual campaign organized by the Building and Construction Trades Department, AFL-CIO. With the help of State and Local Councils around the country, DADs Day events have raised over $40 million dollars to the DRI.

“We’re hoping to exceed last year’s donation with the 2018 event,” said Dennis Duffey, Executive Secretary-Treasurer of the OSBCTC. “Locals throughout Ohio do so much for the communities where they live and work. This is a way for the state organization to give back with a real, tangible goal in mind.”

Information on the 2018 DADs Day Charity Golf Outing and Banquet can be found here. We encourage you to donate and/or participate to help OSBCTC reach their goal. 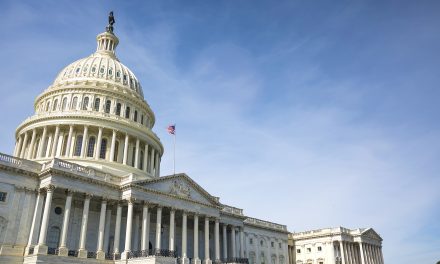