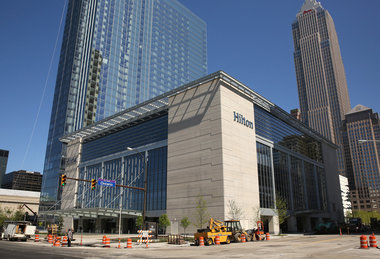 The new Hilton is changing the Cleveland skyline.

The Cleveland skyline has a new feature now that the construction of the new $272 million Hilton Hotel – set to open in time for the 2016 Republican National Convention – is taking shape.

The entire construction of the new 32-story hotel is expected to create 2,800 construction jobs including at least 40% Cuyahoga County residency and 20% city of Cleveland residency. Many local labor unions are working on the construction, including the Iron Workers Local 17, who recently completed a phase consisting of about 1,320 tons of structural steel for the podium. The four-story podium will be the bedrock to the 28-story tower housing 600 guest rooms.

The addition of the Hilton Hotel will bring many new opportunities for economic growth to the city of Cleveland, including 450 new jobs needed to run the hotel. The hotel will provide an essential hub for the events near the neighboring Cleveland Convention Center and Global Center for Health Innovation. 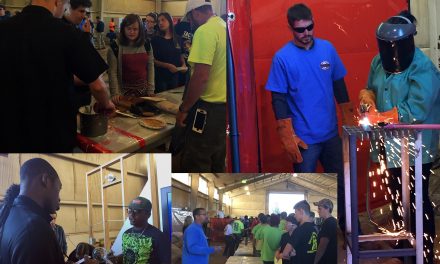