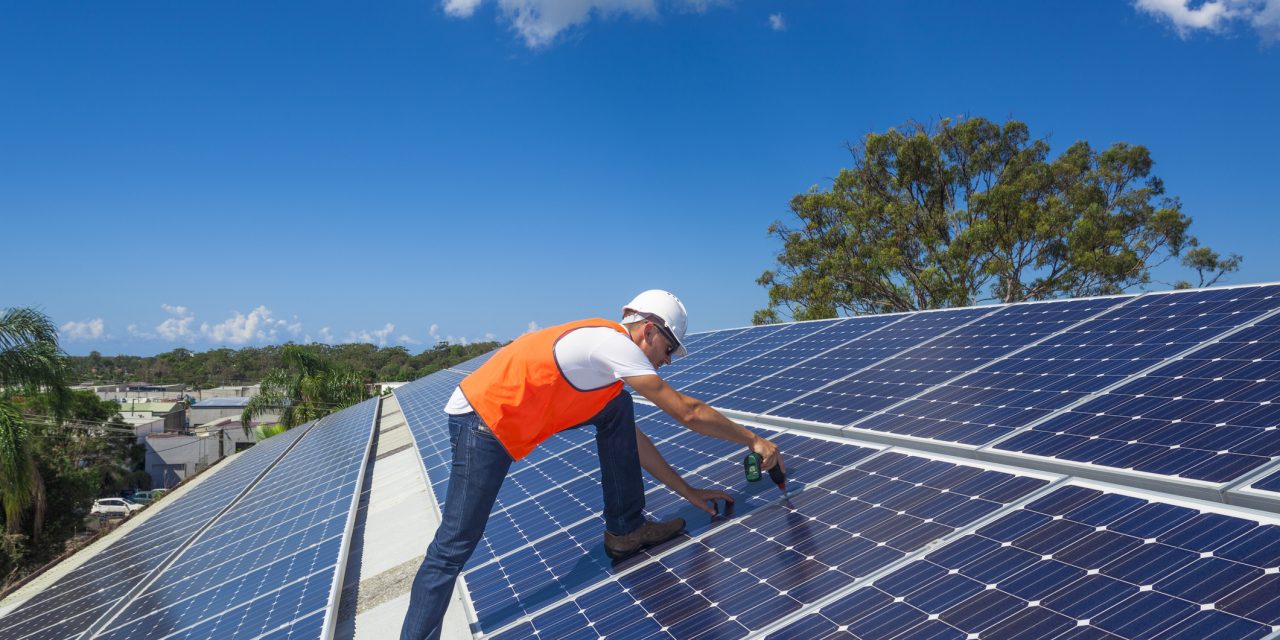 Ohio Building Trades workers are positioned to be part of the largest solar power project in the Midwest, if the development proceeds according to plan.

Mark Johnson, Business Manager for the Tri-State Building Trades, spent Tuesday morning in Columbus advocating for the construction of the largest solar power project in the Midwest. Johnson testified before the Public 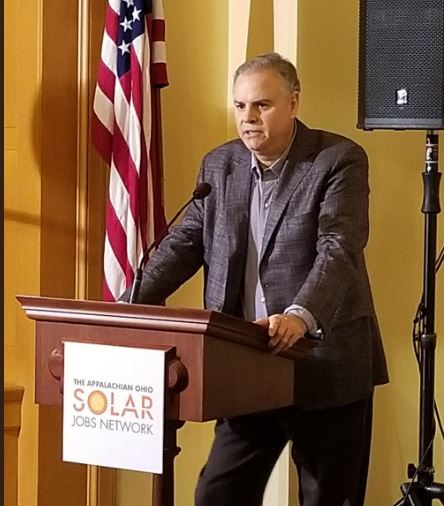 The Columbus Dispatch reported that over 50 people testified at the hearing and “all of them glowed about the project from an economic and environmental prospective.”

According to AEP Ohio, the project will have a 20-year lifespan and, if approved, could be in service by late 2021. The project would result in 150 permanent jobs and 4,000 construction jobs in Highland County.

“I simply can’t thank American Electric Power enough for their steadfast commitment to utilizing the Building Trades union members to build and maintain their facilities,” wrote Johnson in a Facebook post after the hearing.

As the Dispatch reported, the people of Highland and surrounding counties see in this project the chance to rebuild their communities, which were left behind after the economic recovery and have been decimated by the ongoing opioid epidemic:

Witnesses from economic-development and environmental groups along with residents from throughout Ohio testified about the need for jobs in a region of the state that has been struggling economically, and the value of moving away from fossil fuels to renewable sources.

Several people said improving the economy in the region would help in the fight against the opioid crisis.

“I want to be clear: Our people are suffering. … It’s a forgotten land,” said Mark Johnson of Chillicothe who serves as executive secretary of the Tri-State Building and Construction Trade Council.

“Once again Mark’s commitment and tenaciousness to the Tri County Building Trades and Southeastern Region of Ohio continues to excel and shine,” said Mike Knisley, Secretary-Treasurer of the Ohio State Building and Construction Trades Council. “Mark has a huge a rapport with the owner community in his jurisdiction. The relationships he’s built and maintained over the years continue to pay dividends with projects like this.”

Ohio’s Building Trades members are dedicated to understanding all types of energy production and investing in the renewable energy that will be sustainable for decades to come. Our skilled tradespeople are integral to the development of  Ohio’s 21st century energy infrastructure.

The next PUCO meeting for the solar project will take place on Jan. 15. ACT Ohio will post updates as this project proceeds.

Read more coverage of the PUCO hearing and the Highland County solar project:

Columbus Business First: Business, construction and development leaders in Appalachia are rallying in support of AEP’s plan to build the largest solar farm in Ohio history

Do you have news to share with ACT Ohio blog readers? Contact Kitty French at kfrench@actohio.org or 614-228-5446.

Federal Contractors No Longer Required to Disclose Violations During Bidding