Last week, the Ohio Senate heard testimony in support of Senate Bill 249 (“S.B. 249”). This legislation requires each roofing contractor who is responsible for work on a nonresidential construction project to hold or be assigned a roofing contractor license issued by the Ohio Construction Industry Licensing Board (OCILB). 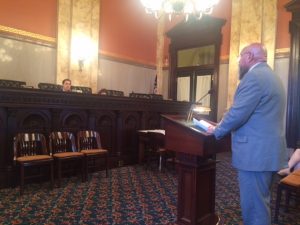 In creating such a requirement, a Roofing Section within the OCILB will be formed to enforce roofing licenses. In order for a license to be obtained, the person seeking the license must pass an examination, to ensure they have the requisite knowledge to complete nonresidential roofing projects.

John Hayes of The United Union of Roofers, Waterproofers, & Allied Workers has been in the roofing industry for 41 years.  He testified in support of the bill, focusing on quality standards and employee misclassification abuses.

Hayes focused on the plight of the customer, due to the time and additional funds that may be expelled due to a non-qualified contractor. Without this license requirement, some inexperienced contractors are awarded work and the result is disastrous. On some of these projects, taxpayer dollars are having to be spent a second time to get the work done right, by a legitimate contractor. Because of the lack of licensure, it has been difficult for customers to discern between a qualified and non-qualified contractor.

This requirement should help to prevent poor workmanship, and should protect the consumer and taxpayer.

Hayes commented that he hopes the legislation will “eliminate cheaters, and better tax revenues and unemployment compensation funds.”

ACT Ohio supports this legislation and its emphasis on quality roofing in Ohio! 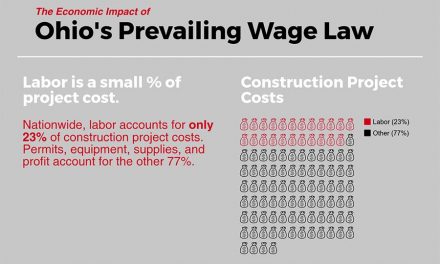