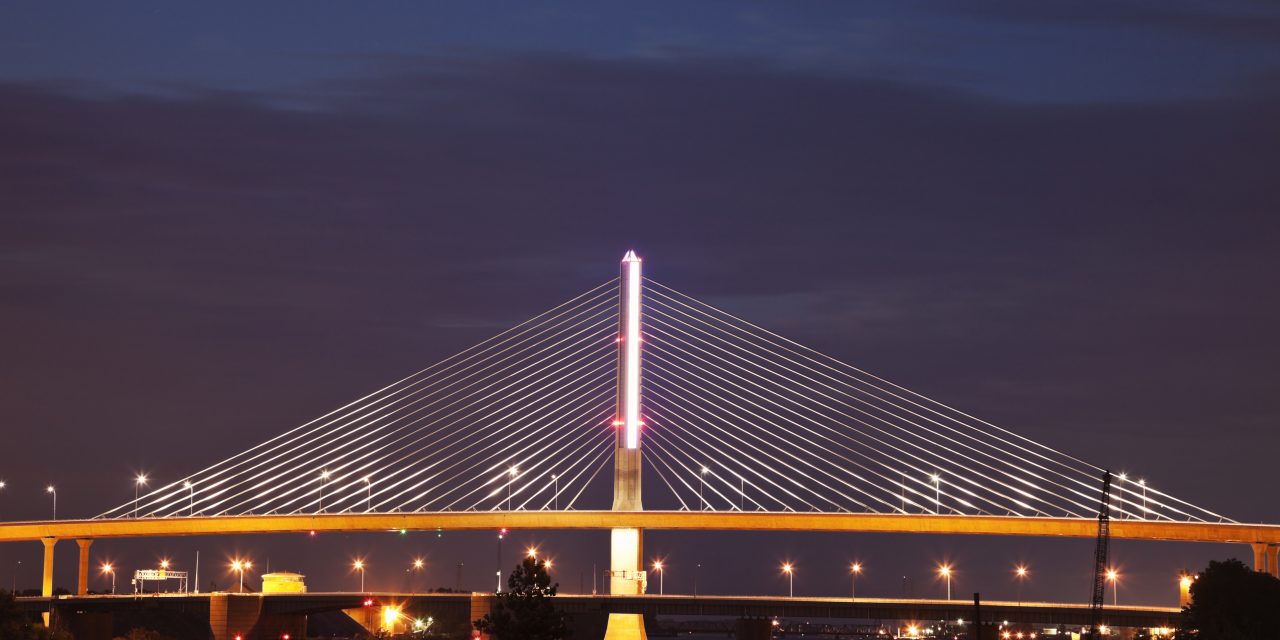 The Tribute Park Memorial was established in honor of the Building Tradesmen who lost their lives during construction of the Veterans’ Glass Skyway bridge and in tribute to all of the Northwest Ohio Tradespeople who have made the ultimate sacrifice in the line of duty.

Ironworkers Local 55 members Arden Clark II (47), Robert Lipinski (44), Michael Moreau (30), and Michael Phillips (42) died and four other tradespeople were seriously injured on Feburary 16, 2004 when a gantry crane collapsed at the bridge construction site; Carpenters Local 1138 member Andrew Burris (36) was killed on April 19, 2007 in a platform collapse while working on the bridge. All men were masters of their crafts, led vibrant lives, and were loved deeply by friends, family, and their union brothers and sisters. 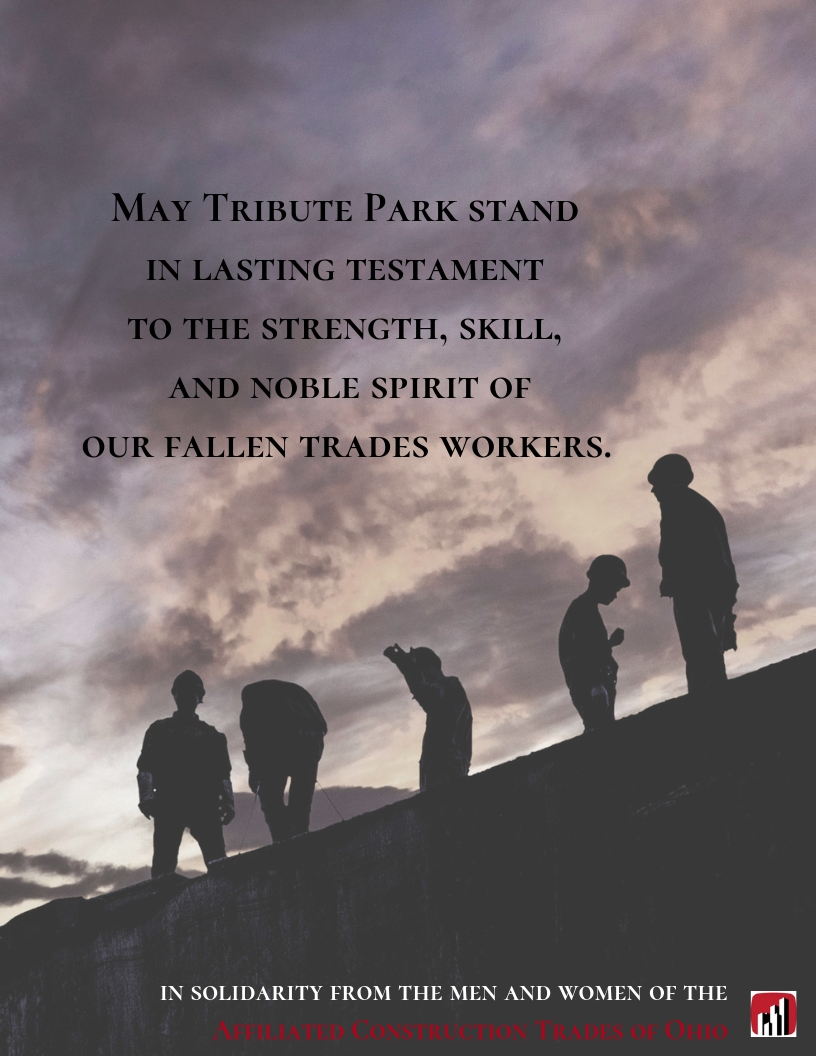 You can support the Fallen Trades Memorial (a 501(c)(3) organization) by making a tax deductible donation to the nonprofit at: