ACT Ohio affiliate members displayed their ongoing commitment to safety on October 16 in Toledo, as an historic safety agreement was signed for a local power plant project.

Members of the Northwest Ohio Building and Construction Trades were on-hand to sign a historic agreement at the UA Local 50 Hall for the construction of the Oregon Clean Energy Plant in Oregon, Ohio. 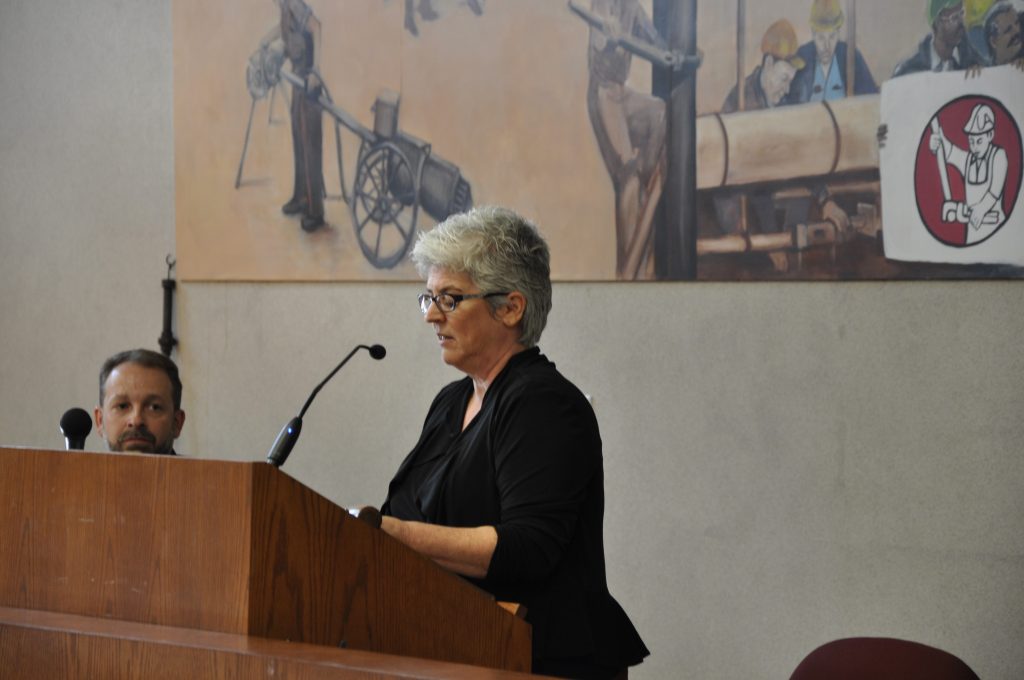 John Johnson, Black & Veatch, Vice President and Director of Environmental, Health, Safety and Sustainability, discussed the importance of safety on this project as he addressed those in attendance at the signing ceremony. He also spoke about his company’s commitment to ensuring construction of the facility is conducted as safely as possible.

Following Johnson, OHSA Area Director Kim Nelson praised all project participants and called the agreement historic because it allows OHSA the ability to inspect the construction site like never before, helping to ensure the safety of the workers.

Nelson also talked about the importance of tracking near misses, heat and cold tracking and enforcing the six-foot fall rule.

Members of the Northwest Ohio Building Trades, representative from Black and Veatch, and OHSA took part in a historic safety signing agreement for the Oregon Clean Energy Power Plant.ACT Ohio congratulates all parties for looking out for the safety of the men and women who are constructing the $850 million, 800-megawatt natural gas-fired power plant.