Based on recent events in Columbus, it should not come as a surprise to many that construction unions and ACT Ohio have been donating money to Republican elected officials.

A Sept. 10 article appearing in the Columbus Dispatch reported that through the first half of 2015, the two largest political action committee donors to Ohio State Representatives and State Senators were the Laborers District Council of Ohio and the International Union of Operating Engineers (IUOE).

The Laborers District Council donated nearly $125,000 to Senate Republicans, while the IUOE gave almost $142,000 to House Republicans and nearly $69,000 to Republican Senators.

Contributions to the Republicans continue a trend in Ohio that has become the cornerstone of a new national movement within the construction trades unions to reach out to both sides of the political aisle.

Matthew A. Szollosi, Executive Director of ACT Ohio and a former No. 2 Democratic leader in the Ohio House told The Dispatch that traditionally, many of the building trade unions had a tendency to be one-sided with their relationships and donations.

However, that is changing.

“This is state politics,” Szollosi noted. “It’s competitive. Certainly, I don’t think the minority party is particularly happy to see those levels of contributions. But the strength of the relationships is what matters. We’re working hard to maintain strong relationships on both sides of the aisle.”

These new relationships, the Dispatch points out, have helped ACT Ohio stem anti-union legislation designed to curtail prevailing-wage and project-labor agreements or impose so called right-to-work, as seen in neighboring states.

“As an organization, we will continue to back any and all members of the Ohio Senate that support working families in Ohio, no matter what side of the aisle they are on,” Ralph Cole, Secretary-Treasurer of the Laborers’ District Council of Ohio told the Dispatch.

It is this approach that North American Building Trades President Sean McGarvey discussed at length during his organization’s legislative conference held earlier in the year. During his keynote speech on April 20, McGarvey prominently mentioned the work being done by ACT Ohio and the Ohio State Building Trades to create a “Building Trades Majority” in both houses. 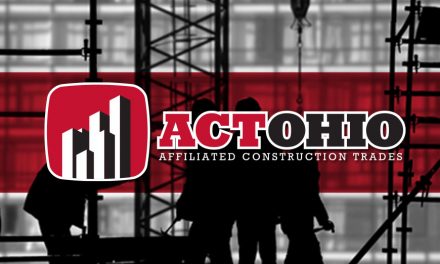