Three Northwestern Ohio Building Trades volunteered their services to help get six Toledo City pools ready for use this summer.

Members of Laborers Local 500, UA Local 50, and Plasterers and Cement Masons Local 886 volunteered their time, donated money, and helped obtain needed equipment and materials to get the six pools and splash pad ready for another swimming season.

For the second time in as many years, the three locals were called upon to help the city, which continues to deal with budgetary restrictions.

This year, due to limited revenues, which caused tight budget constraints, Toledo’s Mayor and City Council decided not to fund the pools, deeming other city services higher priorities. Without funding, Mayor Paula Hicks-Hudson decided to try to solicit donations from the community to open and operate the pools.

Besides a handful of large companies stepping up and offering monetary donations, the three building trades were asked to again give their time and help make the pools a safe place for children and adults to cool off once the temperature rises.

As reported by the Toledo Blade, the city lost money operating their pools last year. The article reported City Finance Director George Sarantou said the pools, brought in $11,437 in revenues from admissions, but cost taxpayers about $348,545 to operate.

Due to such a loss, Toledo officials hoped to build upon their partnership that started last year with Local 886, Local 500, and Local 50.

This year, when Toledo residents are ready to go swimming in their neighborhood pool, they can thank members of the Northwestern Ohio Building and Construction Trades for being a dedicated group that is willing to give and make a difference in the community. 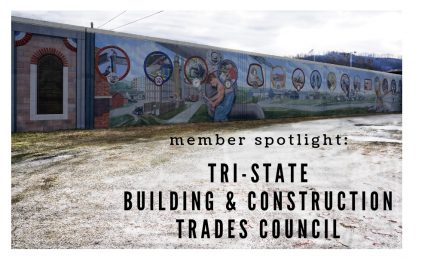 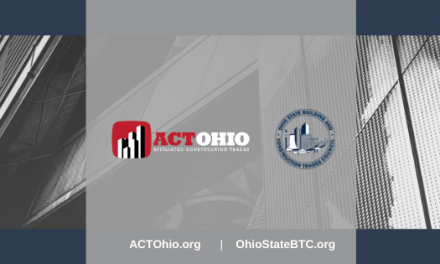