Despite, the overall increase in employment numbers statewide, manufacturing and construction industries saw growth of 3,200 and 500 more jobs respectively during the month of December. From December 2014 to December 2015, construction added 1,000 jobs in Ohio. 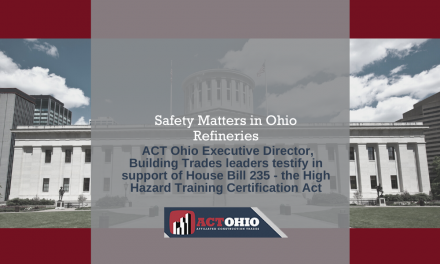