From The Detroit Free Press:

In 2008, two of the Detroit Three automakers came to the federal government requesting a multibillion-dollar package to avoid bankruptcy and catastrophic job losses. But all three also needed their employees to buy into the changes necessary for survival. Workers agreed to bear some of the burden, forgo benefits and take a haircut. It is a textbook case of shared sacrifice leading to shared prosperity. And it is a triumph of collective bargaining, one of our most powerful forces for upward mobility and economic security.

Today, the Detroit Three are back in the black, transforming themselves to become more competitive and efficient. President Barack Obama showed leadership in betting on their future, and members of the UAW also stuck with these iconic American companies through the lean times. The automakers’ shareholders have been reaping the benefits of this resurgence. Now, with the ratification of historic new contracts, autoworkers are also partners in benefiting from their employers’ renewed growth.

Historically, there has been a direct link between a dynamic labor movement and a thriving American middle class. Union members enjoy higher pay, superior benefits and safer workplaces. Plus, unions put upward pressure on wages and labor standards throughout the economy, boosting the prosperity of members and nonmembers alike (we all benefited from the advent of the weekend).

During the decades immediately following World War II, the labor movement was, in the words of writer Rich Yeselson, “one of the reliable signposts that defined the parameters of American life.” Collective-bargaining rights enjoyed reliable bipartisan support.

“Only a handful of unreconstructed reactionaries harbor the ugly thought of breaking unions,” Dwight D. Eisenhower said in 1952. Even Ronald Reagan called collective bargaining “of primary importance to the continuing development of our nation and the quest for human dignity.”

But today, collective bargaining is under fierce attack from the beneficiaries of economic inequality. They have aimed their greatest hostility at public employees — teachers, firefighters, home care workers and others who serve our communities. These “unreconstructed reactionaries” have succeeded in bringing a case all the way to the Supreme Court, Friedrichs v. California Teachers Association, which threatens public sector workers’ future ability to stand together in unions.

Although we have experienced a recent uptick in average hourly earnings, long-term wage stagnation remains a grave threat to middle-class living standards. Going back to the late 1970s, even as their productivity has increased more than 90%, the real wages of production and nonsupervisory workers have virtually flatlined. And not coincidentally, the number of workers represented by unions has shrunk over the same period.

Robert Hathorn is one worker who deserves a larger serving of pie. Hathorn, who spoke at last month’s White House Summit on Worker Voice, works at the Nissan plant in Clinton, Miss. He is a production technician on the frame line, but he is not treated like a real Nissan employee, with all the same rights and benefits. That is because he started as a so-called “PermaTemp” — a permanent, temporary worker — an oxymoron to be sure. Even though he works side-by-side with, and builds the same cars as, full-time Nissan employees — some of whom he actually trained — he has to work 70 hours to earn what they do in 40. And he has no pathway to ever catch up.

Robert knows what he needs to enjoy greater economic stability and a say in his future, like his counterparts at Ford, GM and Fiat Chrysler. “I’m helping to organize a union,” he explains, because “I want a voice at work.”

The successful UAW negotiations demonstrate once again that collective bargaining is essential to a balanced economy. Hard work is rewarded. Everyone has a chance to succeed. Workers, companies, shareholders and communities all benefit. In short, this is about creating shared prosperity, which is the unfinished business of this recovery. 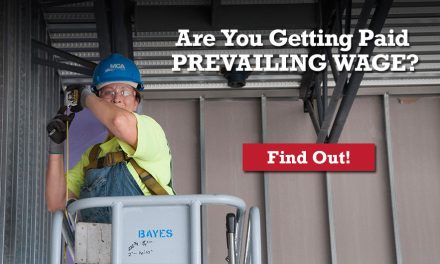