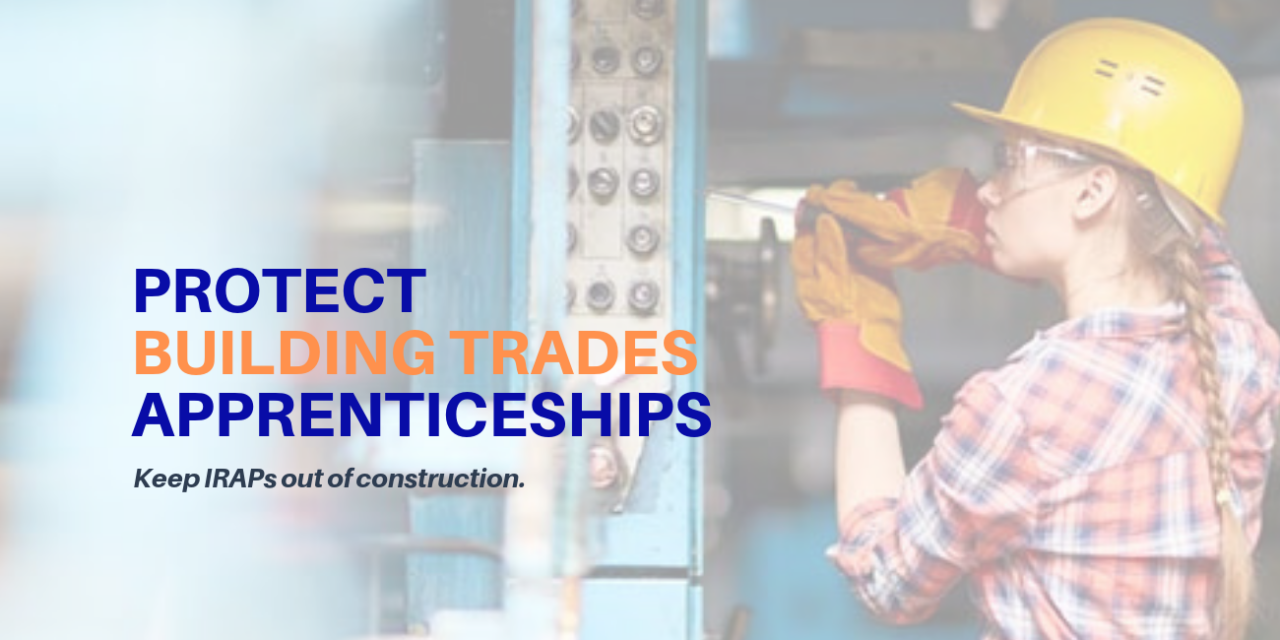 Over the summer, Building Trades unions in Ohio and across the nation mobilized their members, businesses, and public supporters to protect the gold-standard apprenticeship training programs that the union construction trades have privately operated and funded for a century.

“A united front of business officials, labor leaders and nearly 325,000 Americans have made history by submitting the greatest number of comments ever received by the Department of Labor (DOL), all in opposition to the proposed DOL rule that would cut wages and destroy jobs in a dangerous economic experiment,” reads the North America’s Building Trades Unions’ media release distributed after the DOL’s public comment period closed on Aug. 26.

Construction apprenticeship standards would be greatly relaxed under the proposed IRAP guidelines. After the DOL’s IRAP comment period ended, NABTU President Sean McGarvey cited the record comments as a clear message to the Trump administration:

“The message from Michigan to Florida, from Pennsylvania to New Mexico was absolutely clear: they don’t want the swamp to undermine their standard of living and the opportunity for future generations to realize the American Dream. …this historic engagement by working families should remind those in the White House and the Department of Labor who are pursuing their own, narrow, ideological agenda that the voting public is now on high alert and will be watching as this proposal develops.”

“Our members invest over $50 million annually to provide the highest-quality training to apprentices who earn living wages and full healthcare and retirement benefits–at zero cost to taxpayers. Our local economies benefit from our member’s efforts to increase access to prevailing wage construction apprenticeships among women, people of color, and veterans across Ohio.

The training standards in union JATC programs are the most rigorous in Ohio. Building Trades apprentices enter the workforce with the safety training and certification necessary to protect themselves, their fellow workers, and the public from harm.” Read Szollosi’s full comments below: 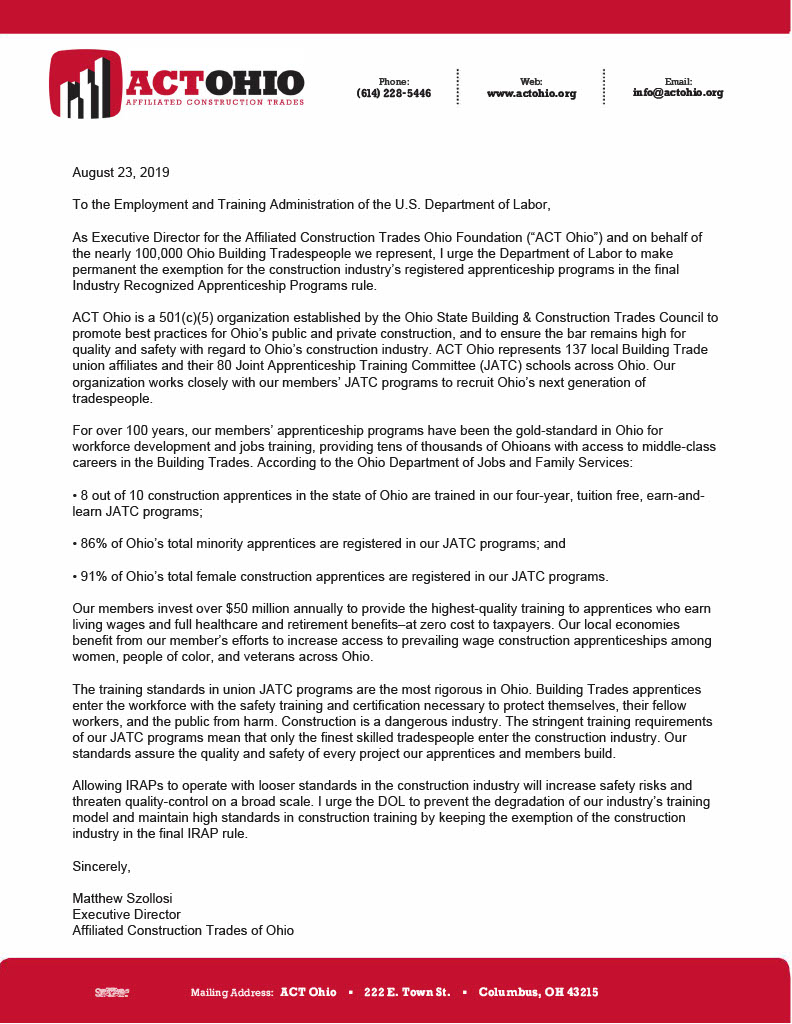