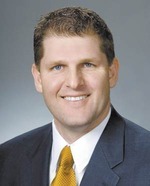 The Ohio Constitution requires the Governor and the Legislature to pass a balanced Operating Budget every two years. We are immersed in that process right now.
The budget bill legislation has become a “Christmas Tree” of sorts – if you want something passed into law, get it into the budget! As such, the bill has grown to exceed 6,000 pages, and over $60 billion in value.

It’s also where a lot of deals get cut, and traditionally where labor is most vulnerable. In years past, we’ve faced prevailing wage repeal, bans on project labor agreements, and other such nonsensical ABC-backed initiatives inserted into the budget.

Governor Kasich introduced his budget bill in February with no adverse language for the Building Trades. More recently, the Ohio House of Representatives passed its version with no harmful language as well. So far, so good.

The budget bill is now in the Senate for consideration, and is likely to pass during the third week of June. The last week of June will be set aside for the Conference Committee, a committee comprised of leaders from the House and Senate, whose job is to work out any differences between the House and Senate passed versions of the budget.
The Conference Committee is the last – and biggest – hurdle to clear. We will keep working to ensure the interests of the construction industry are considered.

Rep. Kristina Roegner (R-Hudson) recently testified that local communities could expect a nine percent to 37 percent savings on project costs if Prevailing Wage were repealed. Rep. Craig Riedel (R-Defiance) testified that there is absolutely no difference in quality or safety between union and non-union construction workers.

Our focus right now is two-fold: Keeping this out of the budget and educating legislators as to the falsehoods regarding the sponsors’ positions.

So far, our message has been well-received by our friends on both sides of the aisle in Columbus. Many thanks to our affiliates, industry partners, and construction coalition representatives, all of whom are unified against these bills.

I, along with Legislative Director Mark Totman (Operating Engineers Local 18), and President Tim Burga (Ohio AFL-CIO), have been involved in the process. Business groups on the workforce are pushing for deep benefit cuts for workers, which we have adamantly opposed.

The Executive Board and our affiliates deserve tremendous credit for making wise political decisions in recent years. By investing in building a strong bi-partisan majority in the Legislature, and by forging a strong relationship with Governor Kasich, our industry has avoided the destruction visited upon the trades in neighboring states. 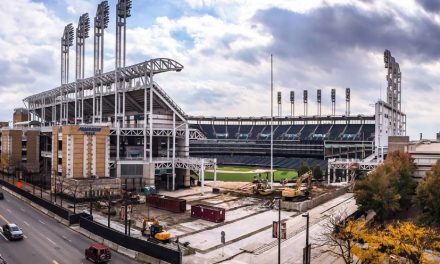