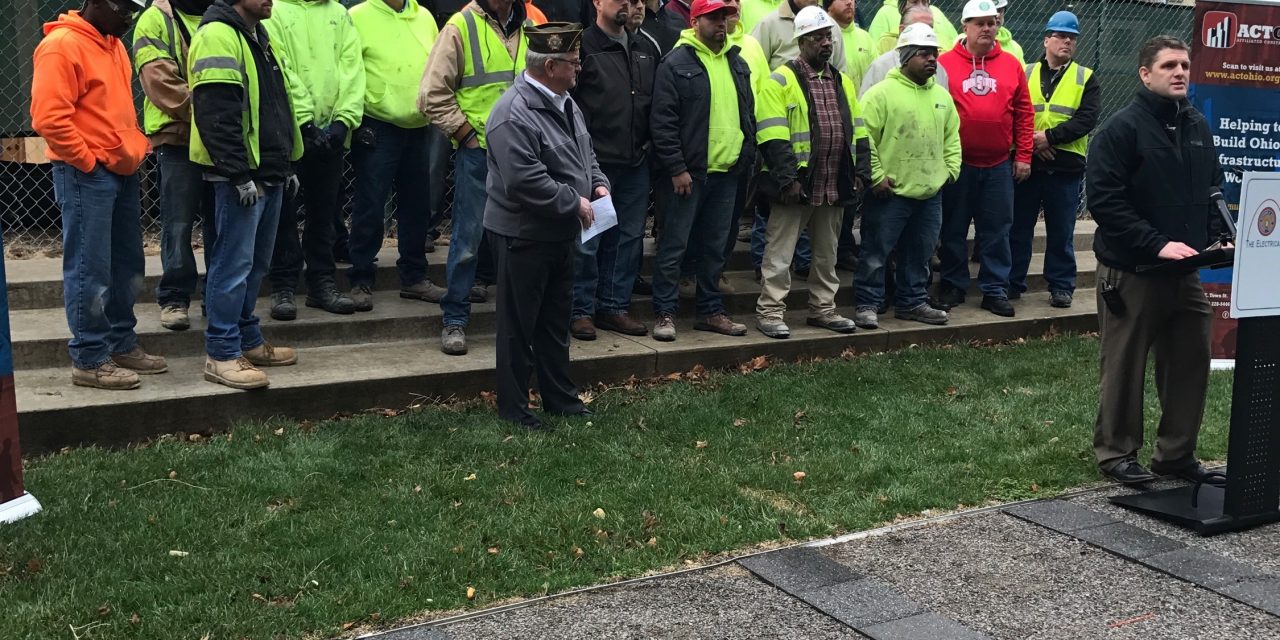 ACT Ohio held a press conference earlier this week to respond to the introduction of legislation by State Senator Matt Huffman (R-Lima) which would allow local governments to opt out of Ohio’s prevailing wage law. ACT Ohio Executive Director Matt Szollosi was joined by the Secretary-Treasurer of the Ohio State Building & Construction Trades Council Dennis Duffey and a group of tradesmen working on the Michael B. Coleman Government Center being constructed in downtown Columbus, Ohio.

At the press conference ACT Ohio Executive Director Matt Szollosi refuted claims made by prevailing wage opponents that the law increases construction costs. “The labor portion of a construction project amounts to approximately 23% of total costs, so the notion that project owners can save millions of dollars by cutting the pay of construction workers is unfounded,” said Szollosi. “The introduction of this bill will be viewed by construction workers across Ohio as a kick in the teeth,” stated Szollosi.

Duffey, who served our country with honor in the United States Navy from 1963-67, outlined the harm that would befall Ohio’s veterans working in construction. “Repeal or severe weakening of Ohio’s prevailing wage statute would result in 4,100 blue collar veterans separating from the jobs, and an additional 3,900 would lose health coverage,” said Duffey. “Veterans are over represented in the construction industry, which means this bill will take money out of the pockets of those who have served our country and returned home to find a career in construction industry.” said Duffey.

ACT Ohio and its members oppose S.B. 72 and are working with members of the General Assembly from both sides of the aisle to ensure hard-working Ohioans in the construction industry are not targeted for pay and benefit cuts.