In the United States, only a handful of centrifugal force plants have ever been constructed.

When it came time to build such an important facility, the men and women of Ohio’s Building Trades were tasked with expertly constructing the centrifugal force plant in Piketon, Ohio. 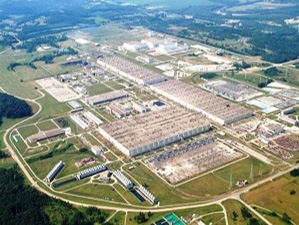 Their skill and knowledge made them the ideal workforce for a project that had to be built with the highest standards to ensure the safety of those working at the facility and in the surrounding community.

A poorly constructed facility would not only result in a major health and environmental catastrophe, but if the plant could not produce fuel rods, it would also potentially force the shutdown of some of the country’s nuclear power plants. Without fuel rods, the plants could not produce electricity needed in everyday life.

Through apprenticeship training and continued journeymen upgrade training, our members have become the state’s most highly-trained and highly-skilled construction workers, capable of building some of the nation’s most important energy facilities.